Known for its bun festival, Cheung Chau Island is the oldest continually inhabited part of Hong Kong. Its long and fascinating history deserves a closer look. 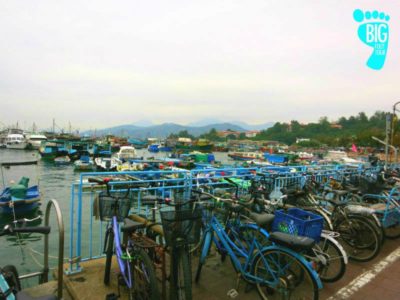 The islanders of Cheung Chau maintain a very close relationship with the sea. Many have earned a living from the sea for generations, residing on junks rather than on land. There may have been human life here thousands of years ago as people have found rock carvings that seem to bear this out.

The Tanka, or egg people, came here from China. Hoklos – fishermen from eastern Guangdong and Fujian – joined them. Later, Punti, Hakka and Chiu Chau followed. These distinct groups kept themselves separate. Inter-marriage was rare, preserving traditions. By the time the Europeans arrived, the area was a thriving commercial hub.

One of the area’s most well-known landmarks, Pak Tai Temple, honours the Supreme Emperor of the northern Heaven, Pak Tai. The structure is about 200 years old. Eagle-eyed visitors might spot an iron sword from the Song Dynasty (960 to 1279) as well as the gold-plated wood features from the Qing Dynasty. 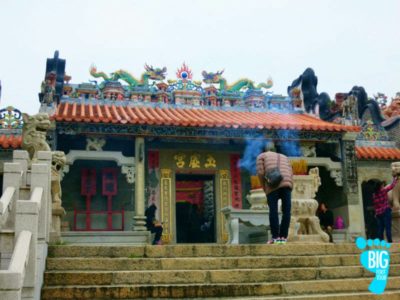 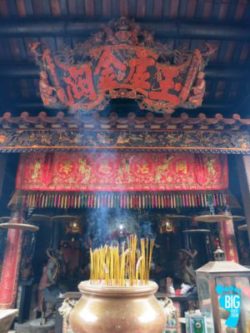 This temple is the focus for one of the island’s most important events: the Bun Festival. Falling on the eighth day of the fourth lunar month, islanders construct a bamboo tower and get to work baking buns. At midnight, men race up the tower to grab the buns. They have just three minutes to gather as many as they can – the higher they reach, the better the fortune to befall their family. Fishermen believed their catches would be abundant and that the pirates that bedevilled the seas would leave them alone.

However, the origin of the festival was rooted in tragedy. Over a century ago, disease spread through Cheung Chau. In desperation, the islanders built an altar in front of Pak Tai Temple. They hoped to appease the malevolent spirits that wreaked such havoc. A parade of papier-mâché effigies passed through the streets. People beat ceremonial gongs and drums to drive away forces of evil. Since then, these rituals are repeated yearly and the plague has never returned. The pirates, too, are a thing of the past.

Another temple important to the fishing community on Cheung Chau is the Tin Hau temple, dedicated to the Goddess of the Sea. Inside visitors will find a beautiful bell cast in bronze which dates back to the Qianlong era (1736 to 1796). The views from the rear of the temple that overlook the sea are well worth a peek.

If you have time, check out Cheung Po Tsai caves. Cheung Po Tsai was an infamous pirate who plagued the South China Sea at the end of the 18th century. He was very skillful, securing a fleet of 600 ships and commanding an estimated 50,000 men. Eventually, he decided to work for good rather than evil. This led to his appointment as an officer in the Chinese Navy. As a pirate, though, he needed somewhere to store his ill-gotten gains. One of his favourite hiding places is now known as the Cheung Po Tsai caves. You’ll need a torch to explore in the dark, but don’t come expecting to find treasure – this is a well-trodden path and the loot is long gone. For a scenic route to the Cheung Po Tsai Caves, we recommend taking the sampan ferry service from the public pier which will cost you just 5HKD each way.

Nearby, you’ll find Reclining Rock, its distinctive shape and photogenic beauty are a major draw for those on the Cheung Chau Family walk, an easy two-hour trail. Alternatively, walk the part of the path known as the Mini Great Wall. Lined with granite railings, it takes hikers past iconic landforms such as Human Head Rock and Vase Rock. Of course, if you don’t want to walk at all, the island has many beautiful beaches to laze on. Surfers will appreciate the swell that characterizes Kwun Yam Beach, perhaps hoping to emulate Lee Lai-Shan, Hong Kong’s first Olympic gold medallist who won big in Atlanta in 1996. Nearby, another favourite is Tung Wan Beach, popular for its turquoise hue and views across to Aberdeen and to Lamma Island. 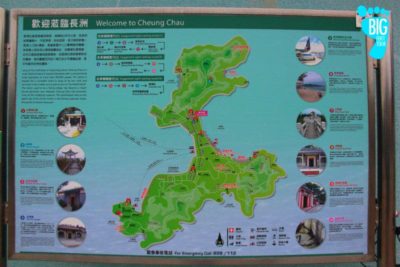 Cheung Chau: Getting there

If you’re looking to add a day trip to Cheung Chau to your Hong Kong itinerary, make sure to catch the Fast Ferry from Central Pier 5 rather than the Ordinary Ferry, as to give you more time to explore the island. Our final recommendation is that you plan your visit during a weekday to avoid the hectic weekend crowds. Enjoy and have a safe trip! 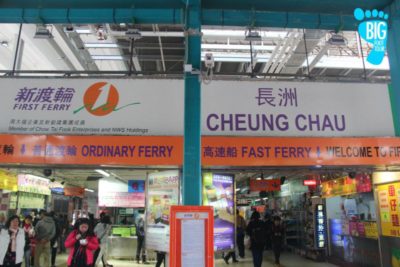 Looking for a tailor-made Hong Kong tour experience? Our Hong Kong Private Tour offers high flexibility and autonomy as we create an itinerary entirely around your tour interests. We welcome changes at any time, even during the tour. Contact Big Foot Tour for an unique touring experience of Hong Kong!

2 thoughts on “Cheung Chau: Past and Present”