Chinese New Year’s finally here! Our favourite time of year brings a whole host of traditions. While the highlight of the festivities will be the chance to celebrate Chinese New Year with our friends and families, there are a lot of other things we look forward to as well. 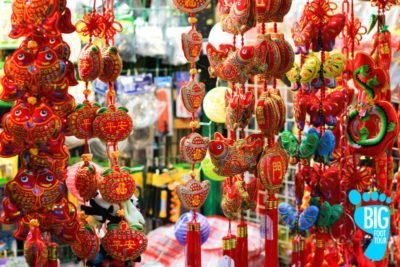 Shopping at the Flower Markets

Shopping at Hong Kong’s flower markets is a popular activity during Chinese New Year. Don’t miss the annual Flower Market at Victoria Park! There will be plenty of opportunity to stock up on some of the plants and flowers traditionally associated with the holiday. Look out for mandarin trees (a symbol of prosperity), cherry and plum blossom which represent new beginnings as well as lucky daffodils and bamboo.

It’s important to make sure homes are free of dirt before the clock strikes midnight. On Chinese New Year’s Eve, people are busy sweeping up any last vestiges of dirt as it’s unlucky to clean on Chinese New Year’s Day. If the dustpan comes out after midnight, then all the good fortune will be swept away with the dust. For the first five days of the Chinese New Year, people place any rubbish in the corners of their living rooms. The superstitious believe that if dirt is swept across the threshold, then a member of the family will be lost as well. On the fifth day, that rubbish goes out the back door, so that good fortune can’t be lost from the front.

Much as we love the company, Chinese New Year is as much about the food as it is the getting together with family. It’s a time when we enjoy some special foods, and each has a symbolic meaning as well as being valued for its delicious taste. Fish represents abundance, as the Chinese name sounds like the word “surplus”. Carp and catfish are commonly found on the table, with their head pointing to the most distinguished guest; don’t move it! Also key dishes are Chinese dumplings and spring rolls to signify wealth. For a long life, it’s best to look out for longevity noodles, longer than the usual variety.

Those hoping for a promotion at work should dig in to the glutinous rice cake, which traditionally symbolizes a higher income or position. Nin Gou, as it’s called, is a delicious combination of dates, sugar, sticky rice, chestnuts and lotus leaves. Sweet rice balls are associated with family togetherness while certain fruits are chosen for both their appearance and name. The Chinese word for tangerine, for instance, is similar to that for “success”. Anything golden in colour is considered lucky. 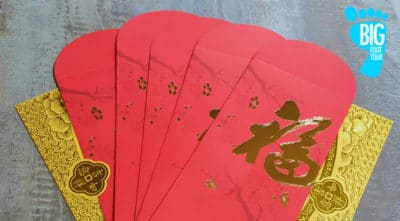 We’re hoping for a glut of red and gold envelopes this Chinese New Year – are you? Lai Si are the little packets that, if you’re lucky, will come your way filled with cash. Signifying prosperity and fortune, you’re most likely to be given them if you’re a kid, as it’s customary for an elder to give them to someone much younger than themselves. However you’ll also witness them being given from bosses to employees, married couples to singletons and as tips to waiters, doormen and others providing a service.

If you do decide to dish them out, then make sure you include brand new notes (never coins). The amount should have nothing to do with the number four, as that’s considered unlucky. The word sounds like “death” in Cantonese. But make sure that it’s an even number, as odd numbers are associated with funerals. Once you’ve got your head around that, you’ll be pleased to know that both the donor and the recipient share the good luck.

Wong Tai Sin Temple is busier than ever during the run up to Chinese New Year. On Chinese New Year’s Eve, queues will form as people wait outside. On the stroke of midnight, they’ll pour inside to light sticks of incense. Why such a rush? Well, many believe that the earlier those sticks are glowing, the greater their luck will be in the upcoming year. The temple itself is one of the most famous in Hong Kong. Constructed in 1921, as the name suggests, it is dedicated to Wong Tai Sin. He was known as the Great Immortal Wong. It’s typically Chinese in appearance, with red pillars supporting a golden roof. Yellow latticework and multi-coloured decoration complete the colourful picture.

One of the most colourful events on the Hong Kong social calendar has surely got to be the Chinese New Year Parade. The procession consists of elaborately decorated floats, bands of musicians, acrobats, drummers and dancers. Of course, it wouldn’t be complete without a sprinkling of dragons and lions too. This incredible street party welcomes visitors from across the world. If you’d like to catch the event, it’s free to watch!

Lions bring good luck and thus the Lion Dance will always be an integral part of any self-respecting Chinese New Year celebration wherever you are in the world. This energetic dance is accompanied by the beat of drums, gongs and cymbals. The result is a cacophony of noise to equal the riot of colour found in the elaborate costumes.

The dance is thought to originate from the days of the Han Dynasty. A few lions had been introduced to Chinese society via the Silk Road. This was a big deal considering that lions weren’t found in the wild. Performances started to take place, with two humans in costume mimicking the movements of these semi-mythical creatures. The practice became both more common and more popular. By the time of the Tang Dynasty, the Lion Dance was established as one of the dances seen at court. Now, you can still see similarities. Watch closely and you’ll observe cat-like traits such as scratching, licking fur and shaking the body. 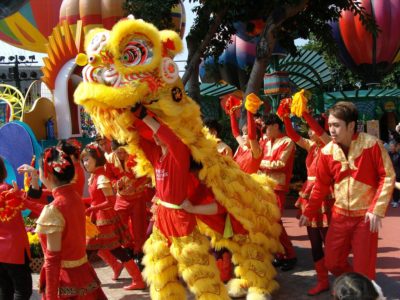 The Spring Lantern Festival heralds the end of the Chinese New Year celebrations. Throughout the month, the Hong Kong Cultural Centre is the location for a fantastic lantern exhibition and it’s free to enter. Although of course, you’ll see lanterns adorning buildings all over Hong Kong, the sheer number in one place make this an unmissable sight. Visit at night when the lanterns are lit; it’s magical.

Informally known as Chinese Valentine’s day, 2nd March 2018 marks the 15th day of the new Lunar Year and this is when the Lantern Carnival will take place. The action’s likely to kick off at 7.30pm and last until around 10pm. Performances take place at the Hong Kong Cultural Centre throughout the day. You’ll have the chance to see folk singers, dancers, musicians, acrobats and more.

Fortune-telling at the temple

There’s one thing left to complete our run through of Lunar New Year, and that’s to get our fortunes told at one of Hong Kong’s many temples. Even the government participates in the ritual known as kau cim. On the 2nd day of the Lunar New Year in Sha Tin’s Che Kung temple, a member of the government shakes a tin of fortune sticks, waiting for one to fall. The fortune of Hong Kong for the upcoming year rests on the outcome. The city holds its breath as they wait to find out what the verdict will be. Yes, Chinese New Year is an opportunity to take stock. We’ll look back at the past twelve months, trying to learn from our mistakes and build on our successes. We wish you good fortune, health and happiness for the Year of the Dog!

Love to find out more about Hong Kong and its fascinating culture? Join us on our Real Hong Kong Tour today! We offer the perfect overview for first-time visitors, including plenty of fun facts and insider stories. For more information, visit Big Foot Tour – Hong Kong Walking Tours.