Do you have a sweet tooth? Read on! From mango pomelo sago, to red bean soup, to shaved ice, here are our picks of the best Hong Kong desserts! 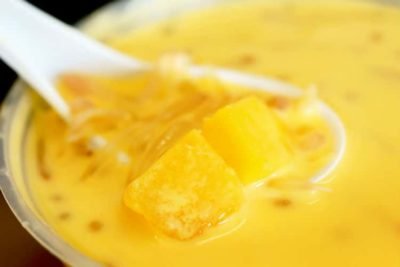 This much-coveted favourite among Hong Kong desserts was created over three decades ago by Lei Garden. In this refreshing bowl of dessert, you’ll find a mix of boiled sago, diced mango, coconut milk, sliced pomelo, evaporated milk and regular milk. Always served chilled, it is the perfect antidote to the oppressive tropical heat and humidity, especially during summer in Hong Kong. Try your luck at Lucky Dessert in Sham Tseng and Hui Lau Shan in Mong Kok! 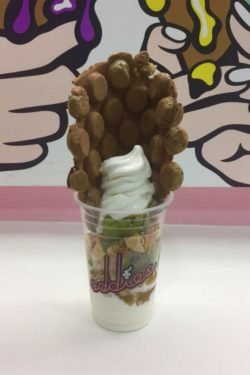 Known locally as gai daan jai, egg waffle is a popular Hong Kong dessert choice. Oval in shape, some say they took this form because after the war, eggs were a luxury item in short supply. The egg shape mould was a nod to the food they truly wished for. However, others say the batter has historically always contained egg. These days, on top of the traditional mix, flavourings such as ginger, green tea or purple sweet potato help to create a modern twist to the Hong Kong classic. If you’re looking for the best Hong Kong egg waffles, we recommend checking out Lee Keung Kee in North Point and Mammy Pancake in Causeway Bay. 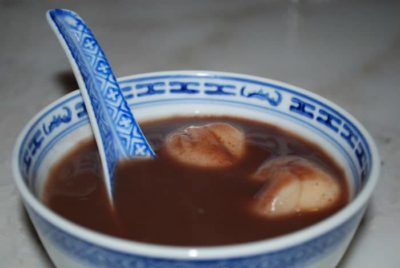 Soup might not be the obvious choice when it comes to Hong Kong desserts but you will want to try sweet red bean soup. As the name suggests, it’s a sweet treat and can be served hot or cold. It gets its flavour mainly from adzuki beans. Sometimes, dried tangerine peel is added to add a hint of tangy citrus. The addition of Chinese rock sugar completes the trilogy, creating a subtle flavour. This soup will leave you begging for more. We recommend visiting Yuen Kee Dessert in Hong Kong’s Western District and Kai Kai Dessert in Jordan! 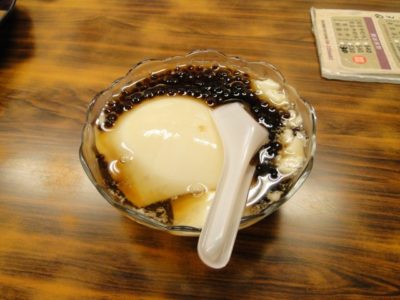 Tofu is quintessentially Asian and in Hong Kong, this pudding is commonly paired with the aforementioned sweet red bean soup. The main ingredient has been around for over two thousand years. Liu An first came up with the idea during the Han Dynasty. This traditional bean curd secured a spot on Hong Kong’s inaugural list of living heritage, published in 2014. Smooth and silky, pair it with sweet ginger or serve it with syrup and savour the taste as it slips down your throat. You can find this, one of the all-time classic Hong Kong desserts, at Kung Wo Dou Bun Chong in Sham Shui Po and Kin Hing Tofu Dessert on Lamma Island! 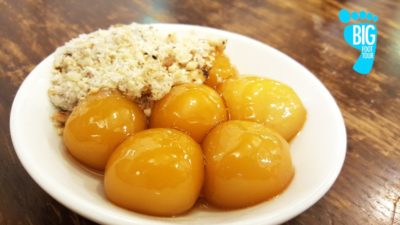 It’s common to have a bowl of glutinous rice balls during Lantern festival or Chinese weddings. Known locally as tong jyun, which translates as round balls in soup, that’s exactly what you’ll get. The round shape symbolises togetherness, so the dessert has emotional significance as well as great taste. Balls of rice flour dough are filled with sugar, sesame seeds, sweet bean paste or sweetened tangerine peel. Head to Fook Yuen in North Point and Chiu Chow Hop Shing Dessert in Kowloon City to see what the fuss is about! 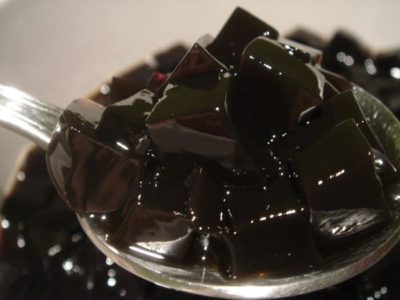 Grass jelly is another of our favourite Hong Kong desserts; though it has a slightly bitter taste. When served chilled and topped with fresh fruit, it really hits the spot! It’s made by first boiling the stalks and leaves of a special plant. Thereafter, the mixture is cooled until it sets to a soft jelly. Purists will order it with sugar syrup but it’s great with fruit such as melon or mango. If you go to Kei Kai Dessert in Yuen Long, ask for their B Boy Grass Jelly. We’d also like to point you in the direction of Honeymoon Dessert in Sai Kung. 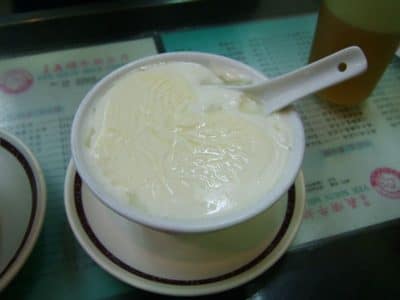 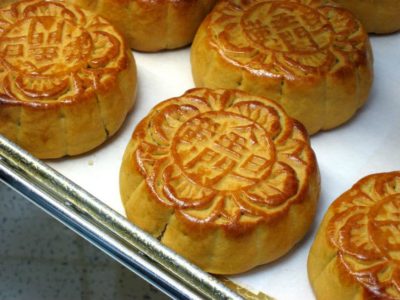 You can’t miss these sweet pastries, especially during Hong Kong’s Mid-Autumn Festival. Whole duck egg yolks are encased in thick lotus seed paste and sweet pastry. Look out for inventive fillings devised by the big hotels, who seek to outdo each other to tempt Hong Kong people’s taste buds! 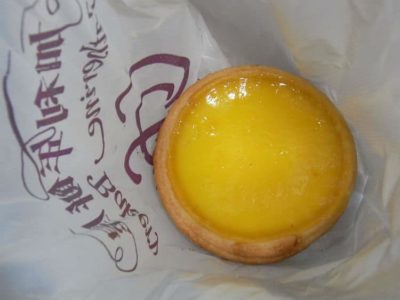 If ever a dessert is a reminder of the melting pot of cultures that characterises Hong Kong, then it’s the egg tart. It draws its influences from the Portuguese Pastéis de Belém and the British custard tart. However, the Hong Kong egg tart has the creaminess of the former and the smooth uncaramelised taste of the latter. This delicious hot pastry is commonly consumed in teahouses known as cha chaan tengs as an accompaniment to tea, though you’ll find it in bakeries as well. If you’re looking for some of the city’s most flavorful egg tarts, then head on over to Tai Cheong Bakery and Happy Cake Shop! 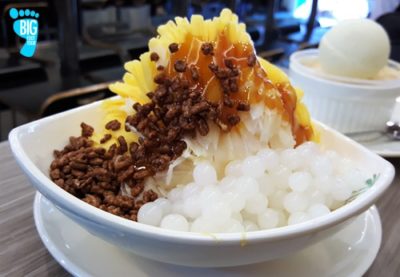 Shaved ice dessert is the perfect solution to a hot day, refreshing yet tasty and of course, sweet. It originated in Roman times in Italy but is now popular throughout Asia. It’s one of the best Hong Kong desserts in our opinion. The dish has different names depending on where you source it. In Taiwanese cuisine, ask for Baobing. If you are in Japan, it’s Kakigori; in Korea, Patbingsu. Our favourites are the Hanbing Korean Dessert Café which you’ll find in Harbour City. It serves its snow ice in a wide range of flavours including green tea, mango and even Oreo! If you’re in Causeway Bay, Chung Kee Dessert is an alternative we’re also happy to recommend!

Are you a foodie and looking for a personal gastronomic experience in Hong Kong? Join us on our Hong Kong Food Tour today! For more information, please visit our main website, Big Foot Tour.